We are very pleased to announce that ZOOBAZAR will be part of the line-up of Glastonbury Festival of Performing Arts, England – one of the biggest and most prestigious festivals in Europe. With over than 200 artists participating, Glastonbury presents the best of the modern music scene, dance, theater, circus and many other performing arts.

Zoobazar will be playing on the

and also at WEST HOLTS BACKSTAGE BAR
at 9:30 pm.

The largest greenfield festival in the world, attended by around 175,000 people, sold out in less than an hour, without even having announced the line-up. Glastonbury Festival is a guarantee. Best European Festival Line-Up prize by the European Festival Awards.

In 2014 more than 18.8 million people tuned the BBC stream during the festival weekend. 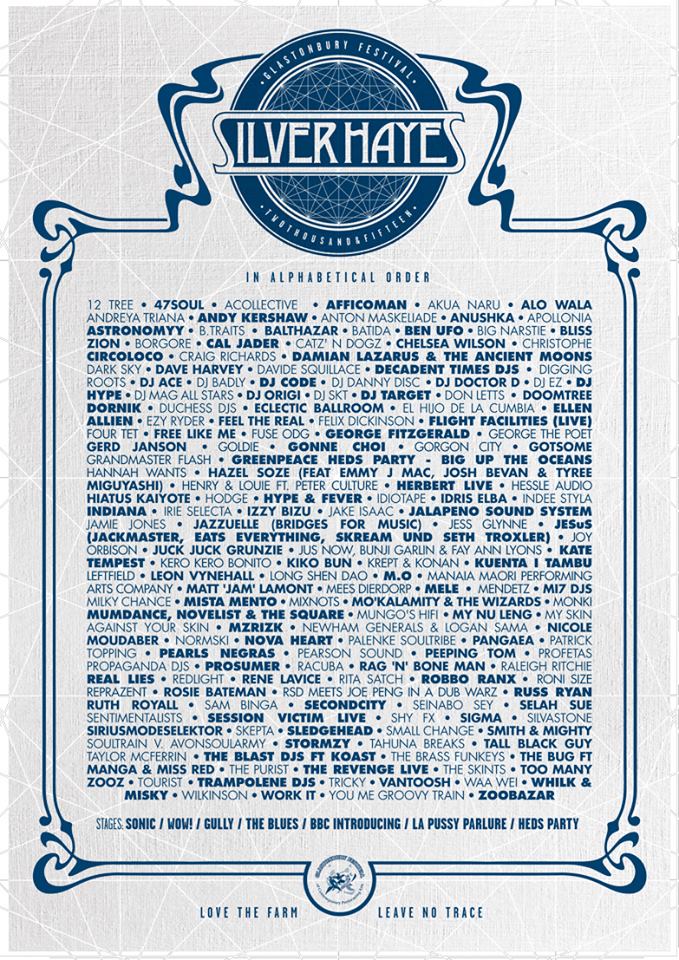